It’s hard to get close enough to see details of the “bee wattle,” Vachellia sphaerocephala (Schltdl. & Cham.) Seigler & Ebinger, at University of Miami’s Gifford Arboretum. If you dare get close, to the unaided eye the leaflet tips seem to have a brown singe. A close-up shows actual structures . 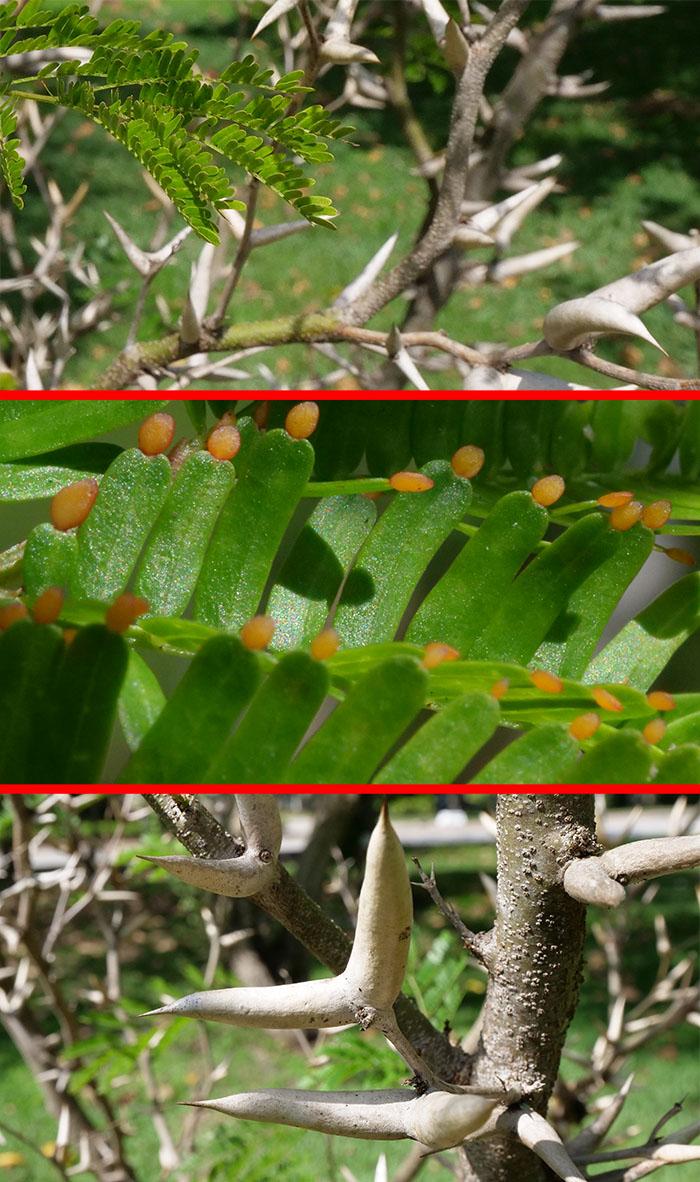 Wunderlin and Hansen (2016) in Flora of Florida, Vol. III, describe the petiole with an “elliptic gland at the distal end, the rachis sometimes with a singular gland between some of the pinnae pairs” but do not mention any glands at the tips of the leaflets.

Dr. Joseph Thomas Miller of the Centre for Plant Biodiversity Research, CSIRO, Canberra, a world expert on Acacia and its former subgenera such as Vachellia, explains in a detailed description that there are 0.5-0.9 mm long “Beltian bodies” on the leaflets. “As is true for most ant-acacias found in open, relatively dry habitats, Beltian body production is high, more than half of the leaflets producing small Beltian bodies.”